This year’s Global Peace Index  published by the Institute for Economics and Peace has been released.  Since 2007, IEP has ranked the relative peacefulness of 163 countries covering over 99% of the world’s population.  Major findings  in 2017 include:

For Americans, a troubling sign is that the U.S. fell 11th spaces in the 2017 results. As reported in Bloomberg News (6/1): “We’ve seen a political fracture in the U.S. that isn’t a reflection of the election of President Donald Trump, but is represented by both sides of the political divide seeing the other as a danger to the nation,” Steve Killelea, the IEP’s founder, said in an interview. 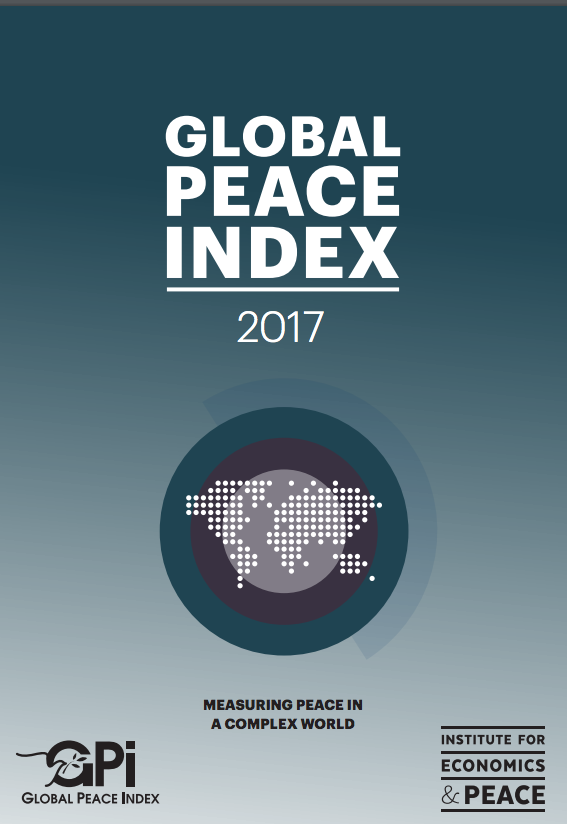